Understanding The Value of Position in Poker Game – Explained 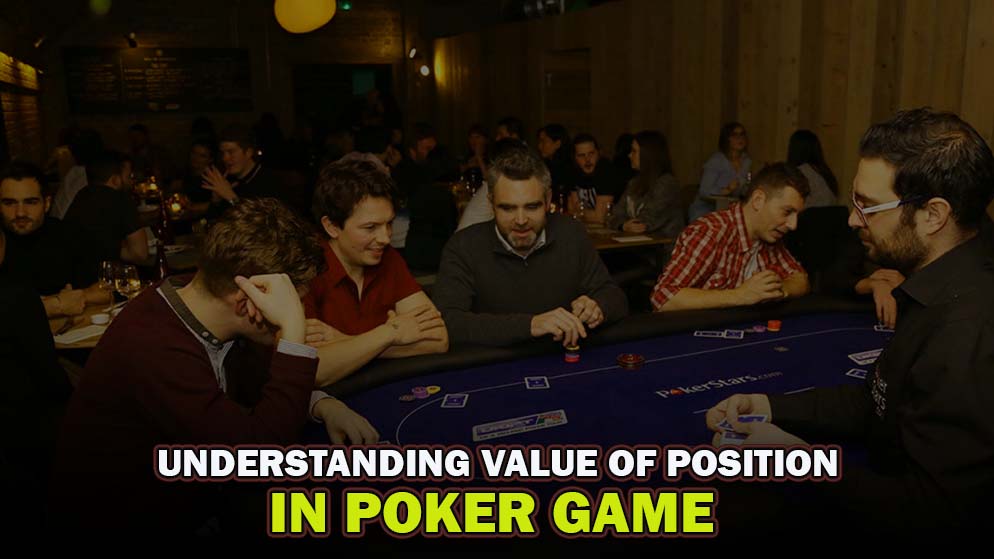 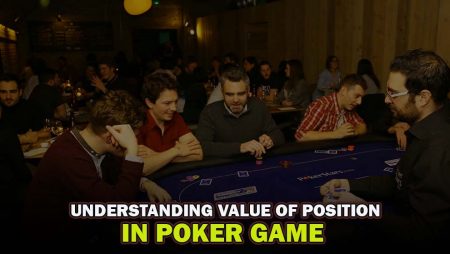 In a poker game, position refers to where you stand. No-limit poker is more important than fixed-limit or pot-limit games when it comes to your position in the betting order. As you act after your opponents, you gain some insight into the strength of their hands, while they have no idea what will happen when it’s your turn.

In hold’em, having a position also means being the last to act on the flop, the turn, and the river. As a result, the blind positions will come out first at the flop and in subsequent betting rounds even though they might be last to act before the flop. On the flop and subsequent streets, the player closest to the right of the button will have a position.

Position and Your Starting Hands

Playing hands before the flop is very dependent on your position. It is unlikely that a pocket pair of Queens, Kings, or Aces will remain the best hand once the flop is revealed, but other hands share very different characteristics.

When you hold 9♢ or 8♢ and are in an early position, what should you do? There is little chance that this kind of hand will survive the flop. Unless the hand connects with the flop, it will likely release to an opponent’s bet. The hand can be very strong if you can flip a straight or a flush, or even if you draw to one of these hands. There aren’t many good flops in life, unfortunately. It is best to play suited connectors like 9♢ or 8♢ against a large field when you can see the flop cheaply. The cost of trying to build a big hand was minimal if you don’t connect with the flop, but if you do connect with the flop, you’ll have some customers who will pay you off.

Therefore, this type of hand works best from a late position, after the majority of your opponents have acted. You can throw the hand away if there’s a raise before you’ve had a chance to act; if you have more than one opponent, you can call. Even if no one has entered the pot, you can open with a raise.

Certain hands, such as suited connectors or small pocket pairs, are very difficult to play from early position, even for the best poker players. Out of position, you don’t know what your opponents will do, or how many others will join the pot. You have to fold to a bet if you call and rise, as your opponent will likely have a stronger hand than you.

The Benefit of Position Post-Flop

The position has the main advantage of allowing you to see how everyone else will act and to make your decision accordingly. As soon as the flop is dealt with, this advantage starts multiplying. When it checks to you, you can bet and often win. Before your turn, if there is a lot of betting action, you can confidently fold your hand without risking any chips.

The benefit of acting last can be demonstrated using an example hand. The following example is from a no-limit poker tournament, but the point is easily applicable to any poker game.

In this position, two players limp before you with A♠ 10♠, which is certainly playable. This example is not a case for raising, but calling and evaluating the flop may be a better choice. There are 100 in the pot after the flop of 8♥, 9♧, 10♥. A 100 bet placement is done by the big blind and a check is always made by the small blind. As the next player calls, the next raises to 400.

You have now been introduced to the value of acting last in the betting order, which is a fundamental concept in poker. Having the right position makes everything easier.

Prior to entering a pot, consider your position. The starting hands you play should heavily influence by your position. You can play these big pocket pairs from any position and they have immediate value. So, it is ideal to play speculative hands from a late position. And, only at bargain prices, when they have potential but need the flop to gain value.

In hold’em, especially in no-limit, position and aggressive play are powerful forces. In later lessons, we’ll examine the wide variety of plays that skilled poker players have available to them. Increasing your confidence when playing position is one of the most important ways to improve your game.