Do you have to be afraid of Dead Man’s Hand Poker? 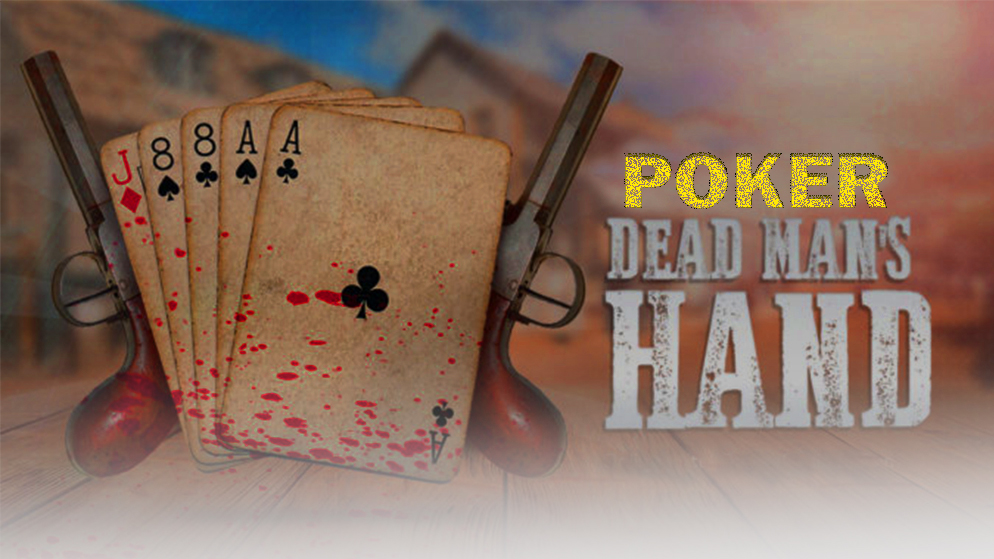 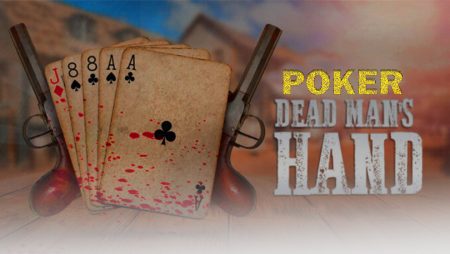 Dead Mans Hand “Poker” is a term that is used in poker. There is always a curiosity among players to know about this term in detail. The Dead Man’s Hand Poker Hand consists of two black aces and two black eights. No one knows or cares about the five-card poker dead man’s hand.

It refers to two Aces and two 8s or an Ace and an 8. Its nickname relates to the 1876 murder of gunslinger and poker extraordinaire “Wild Bill” Hickok. Even though the Dead Man’s Hand isn’t great, it’s great for bluffing and can even be lucky if you get more Aces and 8s.

When we read the history of poker hands. There are many fascinating backstories. The story of Dead Man’s Hand goes back to the 1870s. People gave attention to the symbol after the 1920s.

Why Is It Popular As A Dead Man’s Hand?

There is no relationship between the dead mans hand poker and Xylaria polymorpha. It’s a mushroom, also known as a “dead man’s finger.” According to its history, there was a party on August 2, 1876, in a saloon in the Dakota Territory. There was a man named James Butler Hickok ( Wild Bill Hickok). He suffered a lethal gunshot wound to the head. At that time, two cards, two black aces, and two black eights fell on the floor.

Jack McCall shot Wild Bill to get their revenge. There were also rumors that Jack McCall planned to murder another man. Their details match Wild Bill’s. The story of a dead man’s hand tells us about vendetta, passion, and punishment. People also remember Jack McCall as “Crooked Nose” or “Broken Nose Jack.”

According to various stories, Hickok took a large amount of money from McCall the night before. On that day, McCall was already drunk and came to the saloon. Hickok always sat in the corner of the saloon playing poker. The primary aim is to sit in this seat so that no one gets behind him. McCall crawled up behind him and shot him in the head.

In the same year, Frank Wilstach wrote the biography novel Wild Bill Hickok: The Prince of Pistoleers. He used the term “dead mans hand poker” for the first time.

There are also reports showing that Western historian Carl W. Breihan reportedly met the son of a man. They were present on time when Wild Bill’s incident happened. Mr. Christy, who was the bystander’s heir, tells us that there is

What Does “Dead Man’s Hand” Mean in Poker?

Every gambler who plays casinos online or offline knows about this story. It is still effective and popular. Dead mans hand poker is a mere superstition in today’s modern world. There are multiple changes in playing poker and viewing the games. Now it has become a game of skill rather than superstition.

There are many other popular poker superstitions. There is also a tradition of a no-no at a poker table for switching seats. The poker gods might frown upon involuntary fidgeting. Switching seats do not need to bring good luck in poker. Some wear typical lucky hats, shirts, socks, or lucky charms. Some punters wear special types or colors of clothing to win poker games. Many people think there is a need to use the best poker strategy wisely. It helps to win the games.

How to Play the Dead Man’s Hand in Poker?

It is necessary to know about skills so that you can win games. There is a need to hand properly so that you can win poker with ominous cards. In general, getting dealt an A-8 isn’t great. Even when you’re dealt another ace and eight on the flop, turn, or river. Many gamblers beat you with a three-of-a-kind, full house, or straight. It is necessary to watch other cards. Observing how others play is crucial. It helps in winning the game.

Depending on your position at hand and your playing style. There are a few options when you are negotiating an Ace and an 8. It becomes easy to understand with examples. Let us assume you are sitting in the button seat. There is a chance to see it flop and lose its initial ante.

Ambitious players have considered raising to bluff the other players out of the blinds and antes. You can also play it safe by folding this hand. There is a chance to raise before or after the flop. After this, the flop depends on the cards on the table. When there is a community ace, you can go for a suitable spot to call. There are also weak 8 or 9 or higher with their ace to beat others.