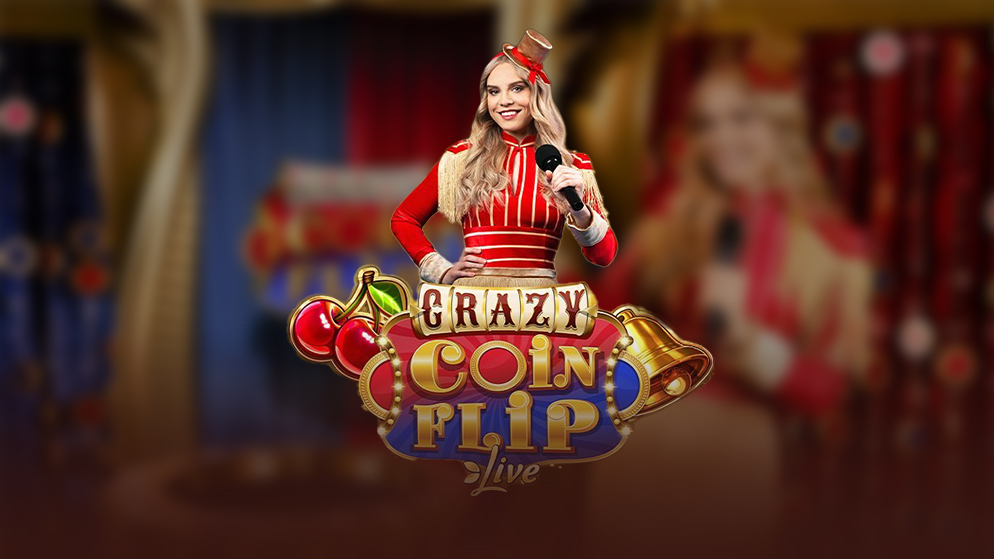 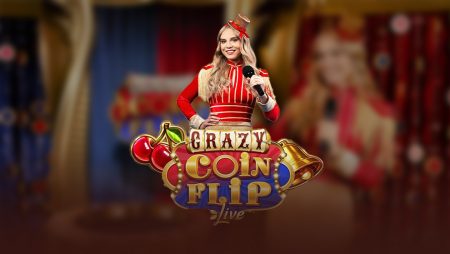 Crazy Coin Flip is a world-class mash-up of RNG slots and a fantastic live game show that combines the best of both worlds. If you qualify for the Coin Flip bonus round, you will have the opportunity to parlay your collected multipliers into even more multiplied prizes.

This bonus round, however, is unlike any other: you will go from a regular slot game to an exciting live gaming experience.

Crazy Coin Flip: What is it?

Crazy Coin Flip was initially featured as a bonus round in Crazy Time. It has now been transformed into its own game, with the outcome depending on the flip of a coin!

However, the game has a lot more before the final coin flip.

Crazy Coin Flip: How To Play?

Crazy Coin Flip’s three tiers each have their reward system.

During qualifying, the Crazy Coin Flip slot is typical of online slots. All payments depend on the symbols that you can match during the spin. There are seven symbols, and their rewards are determined by how many you can match in a pay line. All of these increase your original bet for that spin.

Payouts in the Top-Up phase follow a straightforward formula. The total multiplier you gain in that spin is multiplied by your basic stake. You get the sum at the end of the Coin Flip round.

The most thrilling bonus round is the Coin Flip. It deducts the basic value from the spin that triggered the Top-Up and Bonus phases. After that, it increases by any Scatter multipliers, Top-Up coin multipliers, and Bonus round multipliers.

The RTPs for Crazy Coin Flip are 96.05% across all levels. The sole exception is if you enable XXXTreme Spins during Qualification, wherein the payout is 96.00%.

The qualifying slot is a stand-alone game with a payoff table for each of the seven symbols. You’ll win if you acquire three or more of the same symbol on a win line. Each symbol varies based on the reels. The larger the potential, the fewer symbols on the reel.

The following are the RTPs:

Tactics and Strategy for Coin Flipping

The game’s main goal is to win more money than you have invested up to the coin flip portion of the game.

It’s difficult to win big on Crazy Coin Flip unless you enter the final stage with an active Scatter multiplier.

There is a fee for qualifying and topping up in this game. You will lose if your investment is less than the total of the final multiplier plus our qualification bet.

The Crazy Coin Flip live game deserves praise for its unique attitude. However, it must address specific concerns.

To begin with, the game’s appeal to the average slot fans lacks a bit. By most current standards, the slot is primitive. However, we can say the same for the coin flip itself. Of course, some gamers like to keep things simple. However, it is weird that the coin toss does not influence whether you win. It just determines how much you win.

The essential question here is whether Crazy Coin Flip is better than the sum of its parts. It is, in our opinion. Though the stages are tiny, they all work together to give a fun experience. However, evolution is striking new ground here.

If you enjoy trying new things, you should certainly play Crazy Coin Flip live. Understand, though, that novelty is its key selling point. Most of the time, you’ll be playing a little NetEnt slot.